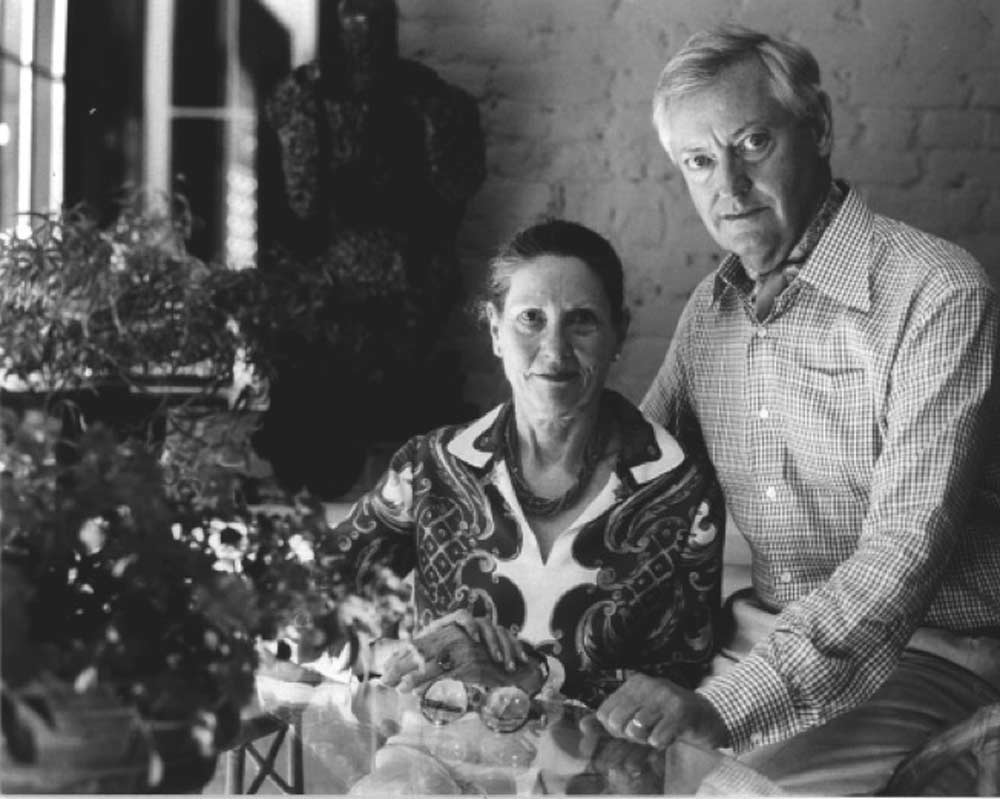 03 Mar GENES BY CASE: THE MCGUIREs

Posted at 13:05h in Storie by Molto Collectibles

Elinor is six years older than John.
She and she are a navigation instructor, while he is enlisted in the United States Navy. They meet, get married and go to live in California, in San Francisco, where Elinor works for Boeing Aircraft. John does a couple of jobs, including selling newspaper ads for the San Francisco Examiner. At one point, an old friend of the Navy asks him to help him sell rattan furniture and John, needing the money, accepts. Soon this “side” business was so successful that John quit his job and threw himself headlong into design.

McGuire Furniture Company was born in 1948. John once stated that in the company he “was the innovator and the promoter. Elinor the accountant and business manager with experience in design “. As an innovator, indeed, alongside mid-century designer furniture, which was gaining popularity in the United States, John introduces an unconventional idea: traditional armchairs, stools and tables made from natural materials such as bamboo, which was durable but could be made flexible with steam.

The brand’s first hit was Leonard Linden’s now famous X-Chair director’s chair. The military-style solid oak folding chair, launched in 1956, where the rattan is bound with leather strips and both the seat and back are made of high quality leather which eliminates the need for a cushion.

Elinor also designed some of the brand’s iconic pieces, such as the Cracked Ice chair from 1968, famous for its oval rattan back. In 1984, John created the Laced Rawhide Arm Chair, which is said to be inspired by the Oregon Trail.

After selling the company and retiring, Elinor passed away in 2005 and John died in 2013. Today McGuire has merged into the Baker Interiors Group, but remains true to the founders’ ideals and commitment to creating the modern type of furniture. organic that is synonymous with the warm and relaxed atmosphere of Californian design.

Some of the early projects of the McGuire Furniture Company are part of the permanent collection of the Cooper Hewitt, Smithsonian Design Museum in New York. 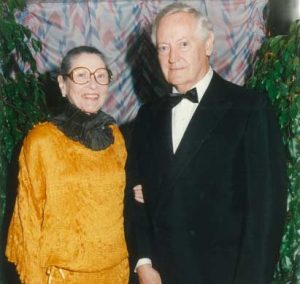 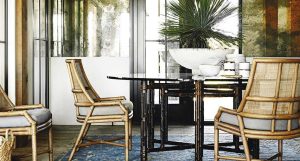 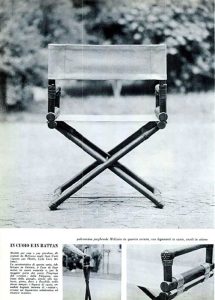 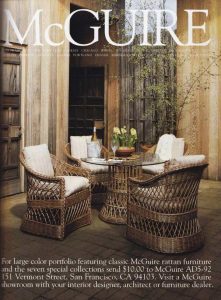 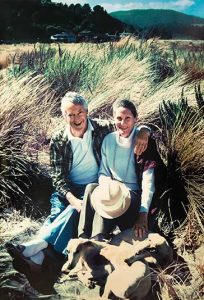 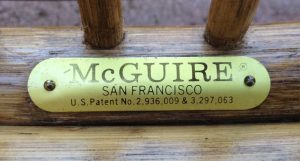